ANZAC Day and the Two-Up Tradition 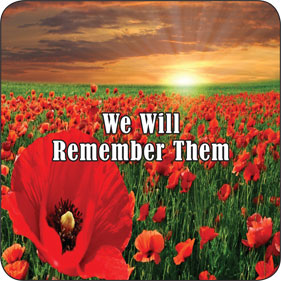 There are many traditions our nation observes on ANZAC Day. Some are sombre and reflective – in particular, the Dawn Service and memorial parades.  However, others are more light-hearted, like the oh-so-Aussie gambling game of two-up.

How do you play two-up?

In case you’ve never played, here’s a simple explanation of how two-up works.

Usually, no. Outside of licensed casinos, two-up is illegal – for 364 days of the year. On ANZAC day, the law officially allows an exception, which is why you can get away with it at your local RSL or pub.

Prior to this new rule, there was actually quite a widespread underground two-up scene. Two-up ‘schools’ featured a person whose job it was to keep a lookout for police raids (this person was colloquially called the ‘cockatoo’).

What’s the connection to ANZAC Day?

Two-up’s history actually goes back much further than either of the great wars. A slightly varied version of the game was enjoyed by early settlers – mostly convicts and soldiers who weren’t welcome to join the Sydney elite’s card games.

But it was during World War 1 that two-up really came to prominence. Photos and footage reveal that this simple game served as a light and fun distraction from the realities of war.  And so two-up became a traditional ANZAC way of remembering those diggers who fought and fell during WW1, WW2 and other conflicts.

How does this relate to coasters?

If you own or manage a pub or hotel, consider printing a set of special event coasters for upcoming events; for example, ANZAC Day/two-up coasters, including instructions for playing two-up alongside some fun facts about the game’s history.  Also, remember State of Origin kicks off next month, so get ready to get into the swing of things with themed drink coasters!

For more coaster ideas and a free quote, please get in touch with our team.